White Paper: How Does an Electronic Nose Work?

White Paper: How Does an Electronic Nose Work? 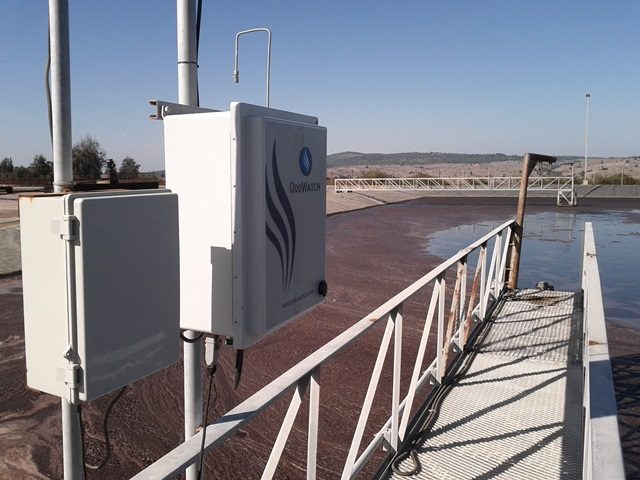 Off-site odor episodes related to industrial or municipal activities can be generated by operational events or meteorological conditions from several sources. Traditionally, two techniques are used in odor monitoring: gas chromatography-mass spectrometry and olfactometry. By using a gas chromatography-mass spectrometry technique, the identification and/or quantification of molecules that form part of the odor can be performed, but no information about odor character can be acquired. By using a sensory analysis, such as olfactometry, the overall sensation of the odor is evaluated, and odor concentration can be determined and quantified.

These two techniques are complementary and can yield important information about the odorous atmosphere. However, they are expensive, utilize costly and bulky equipment and require lengthy analysis and they do not allow continuous monitoring.  Odors can be episodic and are difficult to track off-site because of the constant changes of wind direction that causes odor plume meandering.

Odor monitoring systems are tools that enable to track in real-time, 24/7, odor emissions and the plumes from various facilities. They combine electronic noses (e-nose) that can analyze the air for odors, using array of gas sensors that mimic the behavior of human olfaction.

The electronic noses are positioned near the odor sources on a site and they communicate with each other over a wireless network, which also includes a weather station that monitors temperature, wind speed & direction, and other meteorological parameters that could affect the dispersion of odors. All this information is fed into a central computer that analyzes the data and then generates a map of the real-time odor plume, overlaid on a map of the site and the surrounding area.

The detection system of the electronic noses, which consists of a sensor set, is the “reactive” part of the instrument. When in contact with volatile compounds, the sensors react by changing electrical properties.

Electronic noses have been applied in numerous fields. The electronic nose has been extensively used in laboratories and research programs of many types. Most applications have been in the food industry but, recently, other activities, such as environmental monitoring and medical diagnosis, have been studied. Examples of applications using an electronic nose (e-nose) conducted in environmental monitoring are: the assessment of odors from livestock waste, the monitoring of wastewater quality or the identification of malodorous sources, the monitoring of odor emissions from wastewater treatment plants, composting and landfill sites. 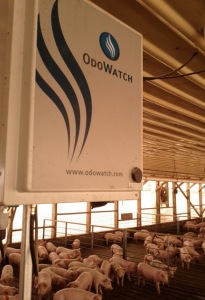 For environmental monitoring applications, the use of Metal Oxide Semiconductors Sensors (MOS) is preferred. They are nonspecific, meaning that each sensor reacts to several compounds or molecules rather than to just one. The objective is for each of an electronic nose’s different sensors is to react in its own way to the gases present. It is the totality of the responses that enables the individual electronic nose to identify the odor fingerprint and odor concentration.

Electronic noses must at the outset be calibrated to the characteristic odors to be monitored to quantify them.

This calibration occurs in three stages: