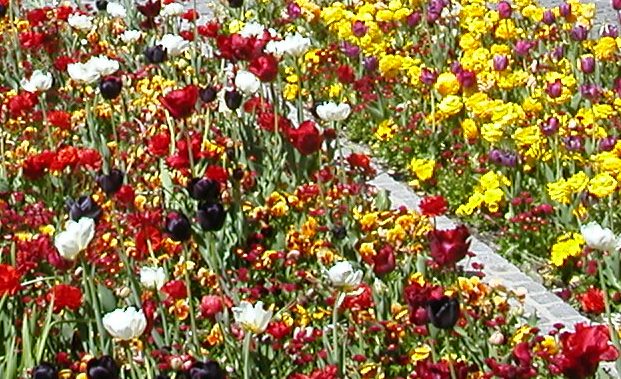 Odor perception involves several dimensions such as the detection threshold, the perceived intensity, the odor character (description of the odor or the odor image), the hedonic tone (appreciation) and the emotions they generate. With such complexity, one might think that odors are subjective and it is impossible to quantify them objectively. 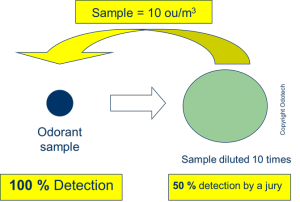 Is it possible to draw an analogy between the perception of odors and noise?

Indeed. Both the public and professionals are familiar with the noise measurement expressed in decibels. Noise is also formed of frequencies (treble or bass). Series of sounds can create melodies that would trigger emotions.

Noise level: The number of decibels would be equivalent to the concentration of odors (odor level). In both cases there is an objective quantification method for the perception of our environment.

Noise composition: Sound frequencies would be equivalent to the chemical molecules that make up an odor. Like noise, an odor may be generated by a single odorous molecule (1 sound frequency) or a cocktail of molecules as is usually the case (multiple frequencies to noise). Like noise where some frequencies are undetectable, some olfactory molecules are imperceptible to humans, while dogs may react to certain sounds and odors hidden to us.

Melody: The different sounds amalgamated can compose a melody that may be familiar, as a fragrant chemical cocktail that could compose the odor of a flower bouquet

The musical choices are personal to everyone. One can recognize a melody and appreciated it or not. Some will enjoy rock or techno music while others prefer classical music. Melodies, as well as odors, will appeal to our memories and provoke positive or negative emotions.

Measurement of odors compared to noise

In noise measurement, it is irrelevant to assess the appreciation of the noise, as a melody can be enjoyable for some and unbearable for others. It is rather the assessment that a number of decibels is not exceeded. It is the same for measuring odor with  using odor concentration. People have their own olfactory preferences.

To measure noise one will need to use a sonometer to quantify decebels and frequencies, while for odors, we use an olfactometer (odor concentration) and a gas analyzer, e.g. a chromatograph coupled to a spectrogram mass to know the chemical composition. An electronic nose can be used to quantify both the odor concentrations and identify odors images (melodies).