What is an Odor Unit? What is the Perception Threshold?

What is an Odor Unit? What is the Perception Threshold? 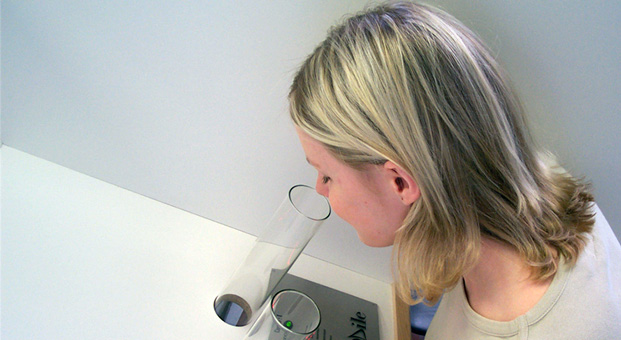 When measuring odor with an olfactometer, panelists are exposed to the odor sample via the dilution unit of the olfactometer. Initially, the odor is highly diluted, all panelists indicate that they cannot smell it. The operator then increases the concentration by diluting the sample a little less with pure air in a given, accurate ratio, and the panelists respond. The operator keeps reducing the odor sample dilution until half of the panelists indicate that they can smell the odor, but the other half still cannot.

What is an odor unit?

By definition, the point at which 50% of the panelists cannot smell the odor but 50% can, is called the PERCEPTION THRESHOLD and is equal to 1 odor unit per cubic meter. 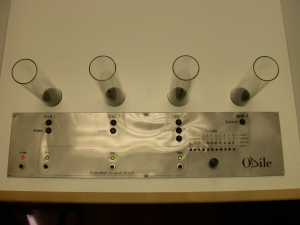 To find out how many odor units the sample had in the first place, the operator – once the perception threshold has been reached – adds up all the dilutions that were required to reach that threshold; if the sample was diluted, say, 536 times, in order to reach 1 odor unit, then the sample odor concentration was 536 odor units (o.u./m3), initially. 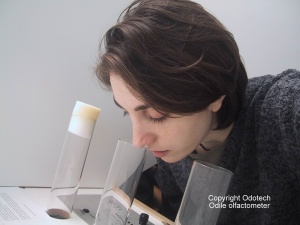 This method is sometimes called dilution-to-threshold, or D/T. 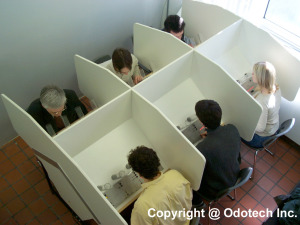 Get the White Paper: Metrology of Odors – Olfactometry vs. Chemical Analysis