What is an Odor Monitoring System

What is an Odor Monitoring System 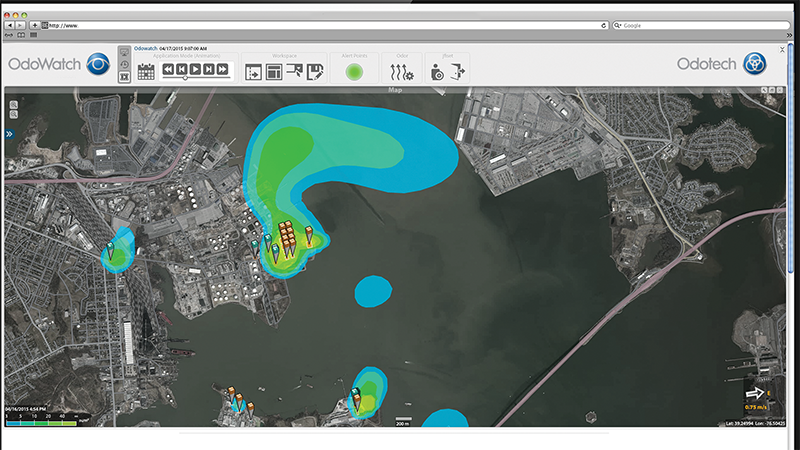 Odors can be a fact of life at waste management facilities, WWTP and industrial plants, and a thorny issue to deal with. Despite clear impact odor emissions can have on the quality of life of both employees and those in the area around a facility, historically there have been few reliable means to manage them, largely because getting an accurate measurement of an odor’s level has been difficult.

What is an odor monitoring system?

It is the tool that could change all that. Odotech, which has spent years developing a suite of software and odor detection technologies, developed the system out of a desire to offer a new, comprehensive approach that would provide a detailed and accurate picture of the odor emissions from a site. 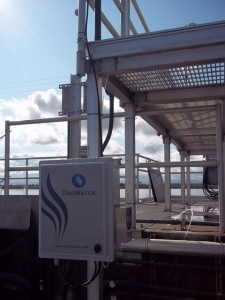 OdoWatch combines a half-dozen pieces of software and technology to help create this image. First, a series of electronic noses can analyze the air for odors, using a sensor matrix that mimics the behavior of the human nose. Once positioned near the odor sources on a site, these e-noses communicate with each other over a wireless network, which also includes a weather station that monitors temperature, wind speed and other factors that could affect the distribution of the odors. All this information is fed into a pre-configured computer that can analyze the data, and the OdoWatch software then generates a map of the odor plume, overlaid onto a map of the site and the surrounding area.

This approach offers a series of unique advantages over less comprehensive odor detection techniques. Not only do the e-noses provide quantifiable measurements of odor levels at one given location, but the system can use atmospheric dispersion modeling to show the full extent and intensity of an odor plume. An odor monitoring system like OdoWatch combines automatic central monitoring of odor emissions with a clear display showing odor concentration that incorporates current weather data and is updated continuously. 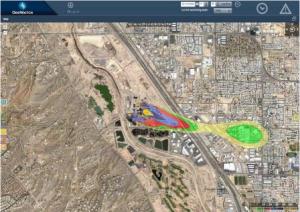 Having such a robust monitoring system allows facility operators a broader range of information, and a greater degree of detail, than has ever been possible before. The use of multiple sensors throughout a site can help to identify how much odor is produced by each potential source, thereby helping staff pinpoint the sources most in need of odor containment efforts. The data log and odor dispersion history that the software will automatically archive provides a detailed record showing not only how strong a site’s odor emissions are, but how much they fluctuate depending on weather patterns or changes on the site. 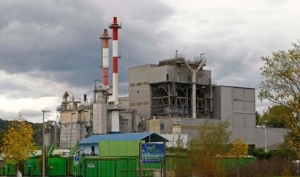 At the same time, the fact that the odor monitoring system handles its data in real time can allow rapid responses to quick changes in odor emissions, while the electronic nature of the system allows the user to program automatic odor alerts into the software, to alert staff if odor emissions pass a certain point. By taking advantage of the same detailed information to pinpoint the exact source of the increased odors, staff can then coordinate their odor management response with more accuracy than ever before.

The advantages of an odor monitoring system amount to a revolution in how a facility can deal with odors. The system can provide new tools to help staff set their odor management priorities, while the ability to fine-tune a response means a site can reduce its odor neutralizer volume and use odor abatement equipment of the right size to address the odor problem, all while eliminating the need for existing on-site measurement and sampling efforts. 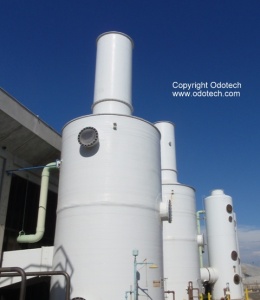 Having a set of records as detailed as those collected by the odor monitoring system can provide a major administrative advantage, as well. The data can help a facility save on costs associated with investigations or government reporting, while giving operators the information they need to ensure that their facility is always in compliance with its site permits and ensuring certificates of approval, all while cutting back on the costs of documentation.

Probably the most valuable advantage of an odor monitoring system, however, is that it can help reduce odors, often drastically. Multiple sites in North America and Europe have reported that adopting the OdoWatch system allowed them to reduce odor emissions to a fraction of their previous levels. This, obviously, can help a site demonstrate good corporate citizenship and improve relations with the surrounding community by minimizing its odor impact, but while also providing a shield against false claims or accusations.

New technology is offering more sophisticated tools than ever before to measure and analyze odors. An odor monitoring system combines these tools to take odor detection and measurement to a whole new level, transforming odor management from a kind of advanced guesswork to a science. A good example is a European composting facility that used the system to reduce operational cost and odor impact in the community without additional capital investment. Discover more about this interesting European experience by downloading the White Paper.